If you have any misbehaving characteristics or doubts after updating to latest version 2.2.2, please share.

I have a Nova Pro. I’ve used the new firmware for a few hours since updating a couple of days ago and so far the only issue I’ve found is that the navigation ball keeps getting re-enabled when the reader starts. Disabling the navigation ball only works until the reader is either rebooted or shutdown, at which point it is automatically enabled again. It stays disabled if you only put it in sleep mode.

This function is set to default after v2.2.1 check the changelog here 16th point. or see the image down below

The problem is not that it is now enabled by default, which I understand, but there is no way to permanently disable it. You can go into the Navigation ball settings and disable it but this gets reverted every time you start the device. I would expect the Navigation ball to stay disabled and that it doesn’t is, to me, either a bug or an anti-feature.

Thanks for the suggestion but uninstalling the whole app seems a bit drastic to me. Unfortunately, the recent firmware changed the app optimisation settings so that they are now only accessible through the navigation ball and can no longer be accessed by long pressing the app icon.

I’m not a fan of the navigation ball - I find it intrusive since it is always on the screen, often covering up buttons or text underneath it. I’d be grateful if Onyx could make it’s use optional (like in the previous firmware) rather than required by making it possible to permanently disable it and not making certain features dependent on it (like the optimisation settings).

Thanks a lot! That saves me a couple of swearwords each day :)! I didn’t know that you have the permission to do this - does pm has suid bit set or how it is able to remove root stuff?

I completely agree, I do not understand the change of the bar to the top. This must have been clear as a problem during testing… Hope its fixed in an not too distant updage. 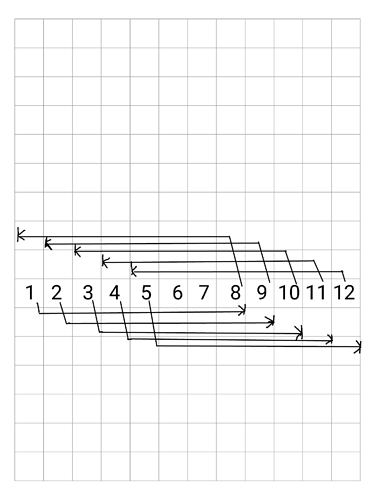 after 2.2.1 ‘the long pressing back button’ function to turn on & off back-light is not working in lock screen & after unlocked. All I have to do is- unlock and turn on once in status bar, after doing this, it is functioning well and when i locked and tried again it doesn’t. this is painful if i want to unlock the device in dark. I don’t know whether my device is behaving like this.

successfully came back in 2.2.2

Try activating “Activate front light when device wake up” in power options. Firstly I noticed that if I put device into sleep while front light is activated and wake it up, long press back button doesn’t work anymore. But if I activate option I mentioned, then screen lights up after waking up and back button is working normally, in addition if you put device into sleep while screen light is off, it stays off after waking it up later, so that option only works if screen is lighted before putting it to sleep. I didn’t figure out how to turn off automatic light when starting up the device though.

Can you add the possibility to have the same state restored in terms of display options, contrast settings, palm settings from the last boot because it is very infuriating to set these options on every start. It makes much more sense to make these settings persistent through restarts.

Yea, you’re right. It is programmed until you manually touch the function to turn on or off the backlight- the button function wont work. It will only work after doing the methods like you said(drains battery in the daytime) or doing random mind sensing things to move our finger 1 inch below the device to avoid bezel and move extreme left and drag back 3.5cm to trigger the light mode in the status bar and again use your memory to sense the adjust bar in middle of the screen and turn on the backlight and please turn off immediately and finally now you long press the physical back button for 3 seconds to turn on the light. JACKPOT! you done.
I still don’t know the purpose of 3 seconds hold function to turn the lights on, after doing this all.

It doesn’t come handy,
1.When sudden power cut while reading
2.when your room light make a shadow when you writing
3.when you’re a bedtime reader.

I wish the next update would bring back the function.

successfully came back in 2.2.2

I hope not, I’m trying to figure it out and let see any possibilities to do that.

The menu bar on top of the screen in apps is gone. Now when using the browser or any other app I can’t go back to the home screen for example which is highly annoying. Please give us the option to show the menu bar in apps.

Eventually i am familiarizing with naviball usage. I find especially useful the prev page and next page shortcuts. They are really handy in different contexts. For example they turn page in neoreader, but also in notes app. Moreover they can do “big scrolls” when reading in third party apps, like browsers and news readers, helping to lessen the refresh artifacts that would be more pronounced and frequent using finger scroll.

Anyway I was thinking this: it would be useful to have some kind of naviball-like tool in neoreader and notes app with functions peculiar of these apps.

For example, in the notes app, the “notes naviball” option settings would let the user choose to include shorcuts to lines, brush, pen, eraser (and other gui functions).

I think also that this would be useful when the user sets the notes app in full screen mode, because it would let the user utilize all the space of the page (which is very desirable, especially in smaller screen devices like novaPro) and keep the most used functions in the notes-naviball for rapid access. If the user needs another function he would then exit fullscreen and find it as usual.

The four colour options in note app is appreciated, but I find some latency while I write with colours other than pure black. Is it happening?

I know that many of these issues have been pointed out by others, but I wanted to provide my feedback all in one place. After updating to V2.2.1, I noticed a few bugs.

On the whole I do like the added features, but these bugs to tend to detract from the user experience. Additionally, not all of these bugs are new to the new update. I attemped to submit these through the feedback form within the software, but when I try I get a network/server error, which I suspect might be from lots of people trying to provide feedback at once.

Could you kindly submit those bugs on Feedback via Settings/ Feedback on your device? Our relative colleagues will reply back as soon as possible.